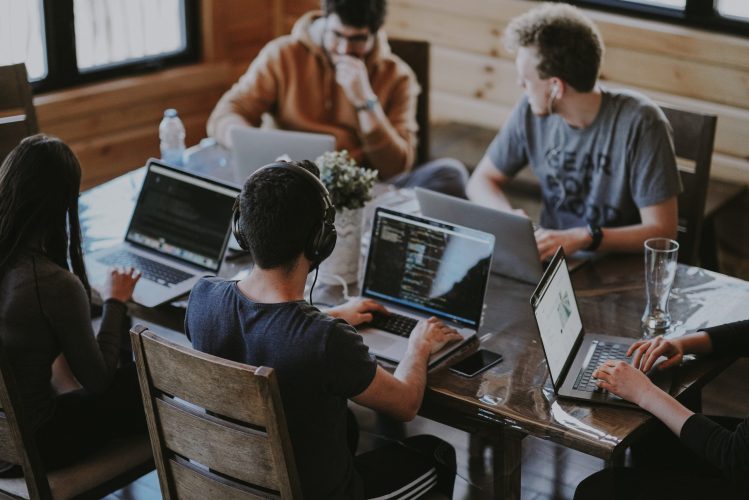 On October 31st 2020, the first edition of our #OMRS2020 Internships has ended. The idea of ​​organizing a remote internship was born after it became impossible to organize an internship in the same form as it was held every year – stationary. Since the program could not take place physically in the office, it was necessary to find a place where we could carried out the project and where the environment would be interesting for the participants. The choice fell on an open-source project called OpenMRS. It deals with the creation of medical software for hospitals and clinics for developing countries, including Africa and Asia. It brings together volunteers from all over the world, uniting them with one goal: Write Code & Save Lives.

The Foundation is strongly associated with medical open-source. We had an opportunity to collaborate many times on different projects and grants. By organizing an internship in the OpenMRS structures, we aimed to show young people and novice programmers what working in a real project, belonging to a huge ecosystem, looks like. It is a complex process that is best experienced live – by participating in it yourself. Unfortunately, open-sources in Poland are still not as known as in the west, where large organizations decide to take such a step to reduce the cost of code maintenance and further work on it, as well as part of the transparency trend.

Why we chose OpenMRS?

By organizing the internship on the OpenMRS code, we also wanted to present this type of project and encourage everyone to actively participate in similar initiatives, which are very numerous around the world.

One of the biggest problems with open source is the lack of willing volunteers to work on the code, develop the product, fix bugs and release new and better versions. This results in the fact that such code, although it contains valuable and usable things, is less and less real. Because it is either technologically outdated or it does not show consistency and continuity in activities that are visible in commercial projects.

The #OMRS2020 Internship started at the beginning of July and lasted until the end of October. During these 4 months, participants had the opportunity to learn about the OpenMRS documentation, individual modules and projects that are run within repositories and larger “tasks”.

OpenMRS is not only developers but also people who organize regular meetings, keep documentation up-to-date, conduct internships such as GSOC/ GSOD, or introduce new people to the OpenMRS community and grant access to Jira, GitHub, and other applications used by the organization. This big open-source is a complex organism that works thanks to the work of a lot of people who see a greater purpose in it and want to help others in this way. During their work, participants had the opportunity to meet a wide range of tasks, difficulties but also kind people who were ready to help them at every step.

After 4 months of work in the OpenMRS community, it was possible to indicate who was absorbed by the project and decided to do something in it, and who gave up at the very beginning. Unfortunately, there were more failures than successes, which could have a lot to do with the complex documentation that participants encountered at the very beginning. However, it does not change the fact that the game was for a big prize and the requirements could not be too simple.

The first edition of the #OMRS2020 Internship had one winner who achieved the dev2 level award. Łukasz managed to do it in 3 months. It was the minimum time that allowed a community member to get dev2 level. We are extremely proud of him and his contribution to the community. We’re even more grateful for the valuable and important comments he shared with us in an interview some time ago.

In the following years, we would like to develop our project, invite more and more people to participate and also other companies that could bring important substantive elements to the internship. We are definitely counting on something more.

We have a good appetite also next year. Around May you can expect information on recruiting for our #OMRS2021 program. Welcome!