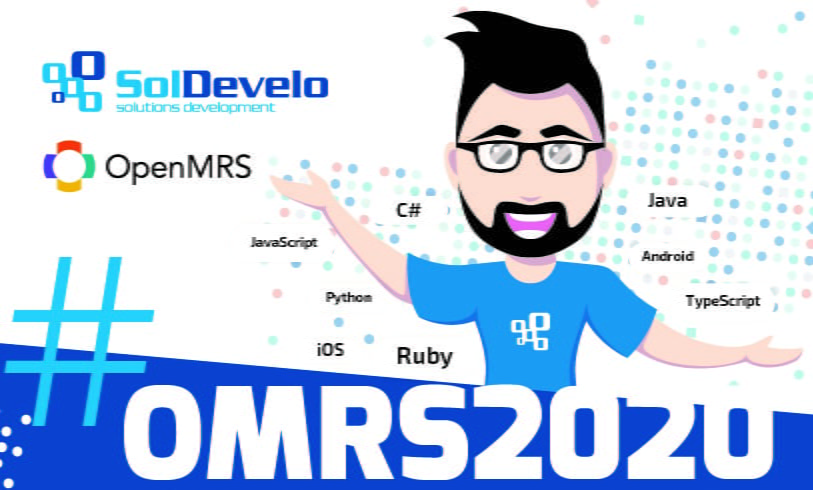 #OMRS2020 Internships is an initiative of our Foundation and mother-company SolDevelo to create a program that will combine elements of internship with the function of helping open-source organizations.

We know how important in the work of a developer is to gain experience, knowledge and skills that are difficult to acquire without taking the right job. In turn, many open-source people are struggling with a lack of volunteer programmers who, thanks to their skills, would be able to fix errors, improve code or add new functionalities to the program. Virtually most open-sources exist thanks to the work of volunteers from around the world who take care of the program, want to develop it, improve it and “send” it to the farthest corners of the world.

We, in our program, focused on developing a medical project called OpenMRS (open-source medical record system), which was established in 2009 in the United States. Since then, the OpenMRS initiative has been developed, new modules are created, new parts of the program and the OMRS community meets regularly at the conference every year. OpenMRS is used primarily by clinics, hospitals, clinics in developing countries (Africa, Asia), but also by entire health ministries that have introduced this program as a national for the entire health service.

The photo below shows the places where OpenMRS is present.

Recruitment to our program ended on June 25, but there is still a chance to join the program because there are a few vacancies left. Currently, 145 participants are participating in # OMRS2020. They are students, participants of programming courses, young programmers, but also developers with experience.

Participants’ struggles can be followed on the OpenMRS platform and on the Talk forum.